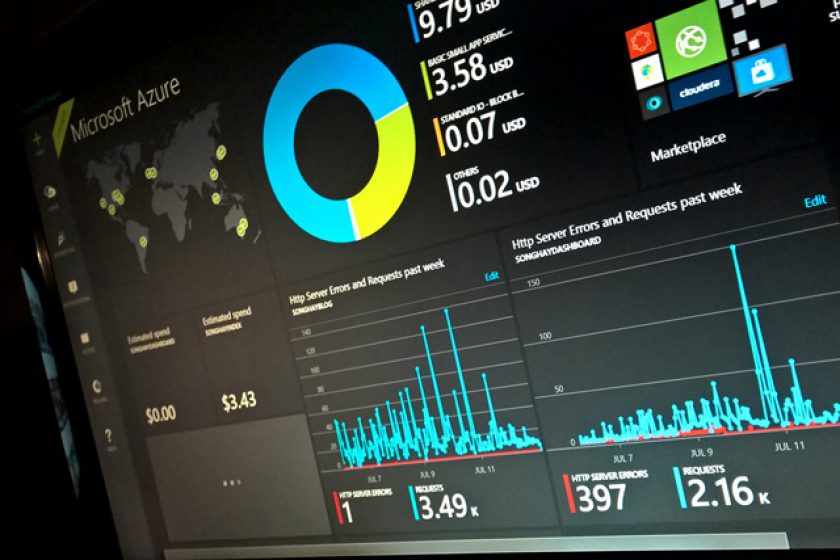 In the early days, this immutable, public ledger of all Bitcoin transactions was somewhat overshadowed by the excitement around Bitcoin itself, but things have changed dramatically during the last few years, and we at Blockchain Technology Labs have been at the forefront of this innovation. We specialize in creating proof of concepts, integrating your blockchain with various services, analyzing and writing custom logic and smart contracts, all while being completely blockchain-agnostic. With the servcices from Microsoft Blockchain BaaS we can prove that Blockchain is not just hype word.

Traditional Ledgers are centralized. You have some person or thing that owns it, usually a third party or a middleman that writes it down and approves. Blockchain safely distributes these ledgers across multiple parties and do not require any middleman. This is kind of one of the big innovations of Blockchain and why it is super-important.

The technology maintains multiple replicas just like a peer-to-peer file sharing system. The same ledger across all. Anyone changes one and it doesn’t actually affect the others unless it’s accepted.

Decentralization has great benefits and this fundamentally changes processes and models that eliminates intermediary, so you lose those middlemen and allows industries to redefine or create new business models. It reduces fraud so no people in the middle are able to change things, so it’s highly secure and transparent, making it nearly impossible to change historical records, because if you change something it should actually disseminate all the way through and it will not verify.

It increases speed and efficiency so it simplifies the transaction by using algorithms. It increases revenue and savings as you eliminate the middleman, you eliminate some paperwork and you save a lot of time and money.

However as you all know removing a central authority is risky, so it is great if you’re the central authority. Now you’re like hey we’re fine we’re good, but what happens if you have a lot of other people putting their fingers into your database? So where’s the master who maintains that record?

That is a classic crypto problem where you have a lot of generals that are surrounding and trying to attack and a couple of those generals might actually not really want to attack, they might be on the other side and they might put out information that is false and corrupt the entire attack. So how do you actually create an encryption algorithm that ensures this doesn’t happen?

Blockchain actually solves all of these problems. It replaces authority (Centralized figure) with cryptography (security). It takes all the people parts out. What is needed is an electronic payment system based on a cryptographic proof instead of trust. Allowing any too willing parties to transact directly with each other without the need of a trusted third party.

According to Gray, Bletchley could reducethe estimated 3-week process of setting up a globally distributed multi-node consortium Ethereum network down to 8 questions and 5-8 minutes, by automating the setup of the network infrastructure and setting up a portal for rapidly getting started developing applications on Ethereum.

This islargely possible thanks to the introduction of two new concepts: blockchain middleware and cryptlets.Blockchain middleware provides core services functioning in the cloud, including identity and operations management, in addition to data and intelligence services like analytics and machine learning.Cryptlets enable secure interoperation and communication between Microsoft Blockchain Azure, ecosystem middleware, and customer technologies.

These technologies can be any smart contract-based platforms like Ethereum and eris, or they can be high-level, contract-oriented languages, such as Solidity, which is the first example of a contract-oriented programming language.